Wounded and rescued, wild piglets get the greatest gift of all…

HomeSuccess storiesWounded and rescued, wild piglets get the greatest gift of all…

A wild piglet was seriously hurt with multiple puncture wounds from an animal attack. Even hours after her wounds were cleaned and bandaged, this young sweetheart trembled with fear. She had never been touched by a human hand before, and it scared her. She would need incredible bravery, but snuggled deep into her blanket for the feeling of the comfort she had known sleeping with her siblings against her mother’s big body. Now she was all alone. Though she ate well, she was facing a long recovery, and she may have been significantly depressed. But someone very special was waiting for her, though none of us would have guessed.

Just one week after her admission, we rescued another little piglet with similar puncture wounds–a little boy piglet full of his own noisy squeals and twirls. As we treated his wound, we told him he was in for a beautiful surprise. As soon as we had secured his bandages, we delighted in introducing him to his new friend. Though they were a few weeks different in age, pigs are such social and emotional beings that no questions were asked! They bonded within minutes. We felt we could see their healing accelerate from the sheer joy in each other’s comfort and…play! Watch these tumble-bunnies in action. 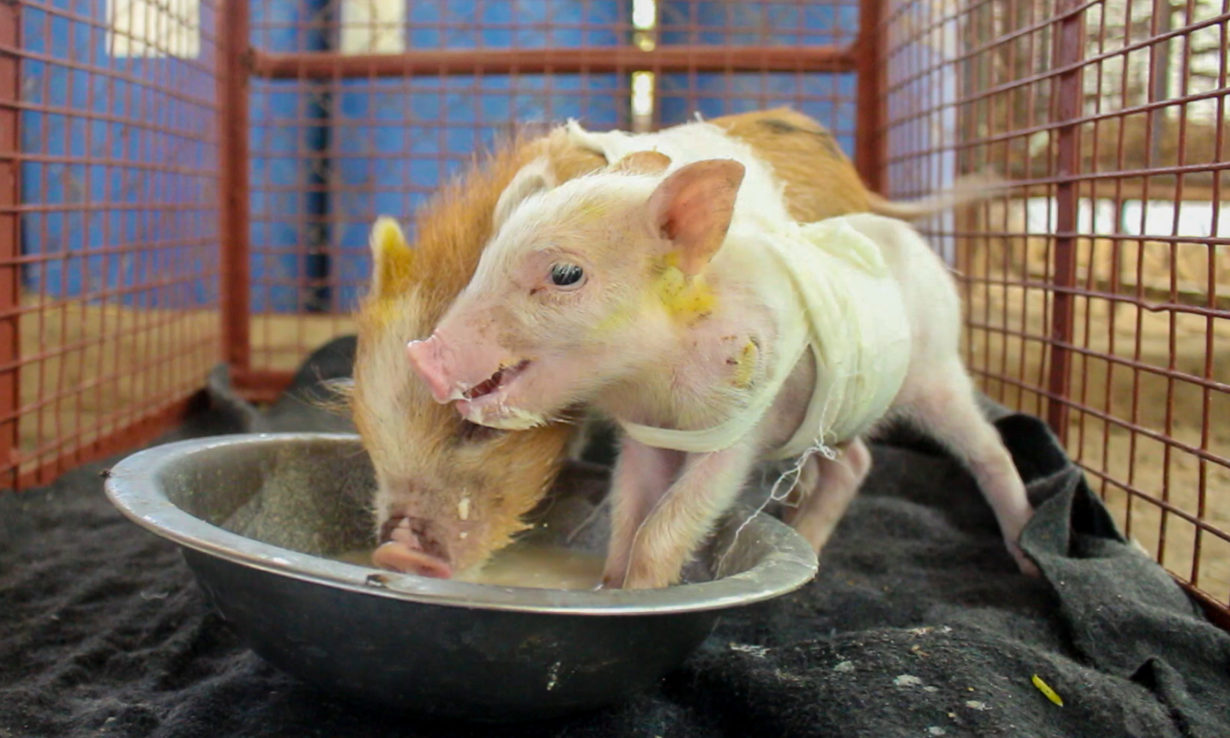